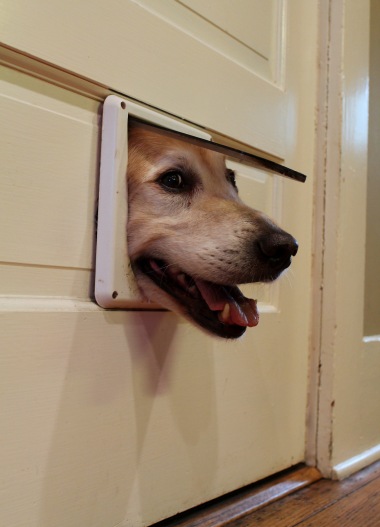 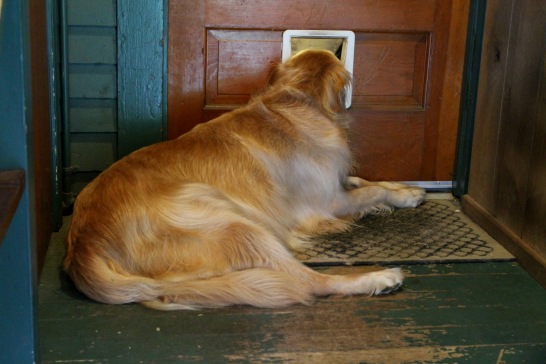 From the workshop, the problem is clear.

Unless we get a bigger door, Sam is stuck.  But not so with the v-tool; that we can fix.  But what use is a v-tool anyway? 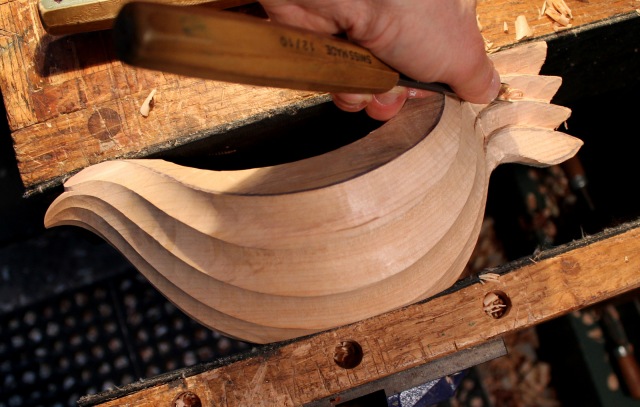 A v-tool certainly isn’t the first tool that comes to mind for bowl carving, but once the adze and axe are put away a v-tool can come in very handy, just as it does with various forms of relief or in-the-round carving.  Above is just one example.  I’m just about done now with this second exploration of the hen bowl design.  In the photo, I was using the v-tool to remove the material in the sharp angle between the tail feathers. 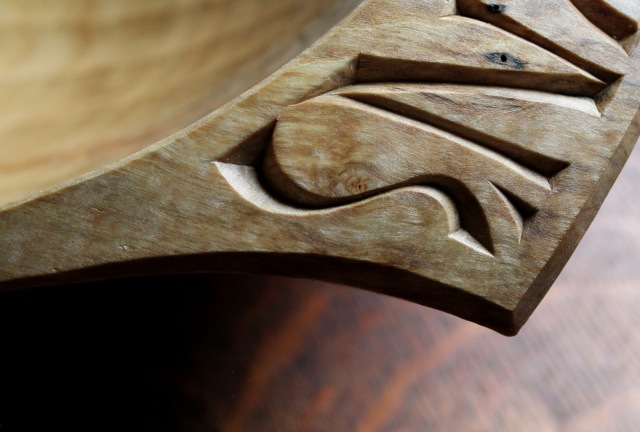 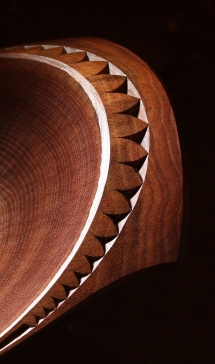 And for the large letters on this just-finished maple bowl handle above, a v-tool works well to remove just the bulk of the central material before moving in with a knife.  With harder woods, that initial excavation makes room for other tools and provides a release area for the chips.  I use a similar approach for removing the bulk of the material in large triangular recesses like those of the necklaces I carve around some bowl rims (left).

The photos and captions below show the difference between a v-tool as it usually arrives new and how it can be ground and honed in a way that will make it much more responsive.  Making that wide keel into a more sleek shape makes a lot of difference.  Sam is envious. 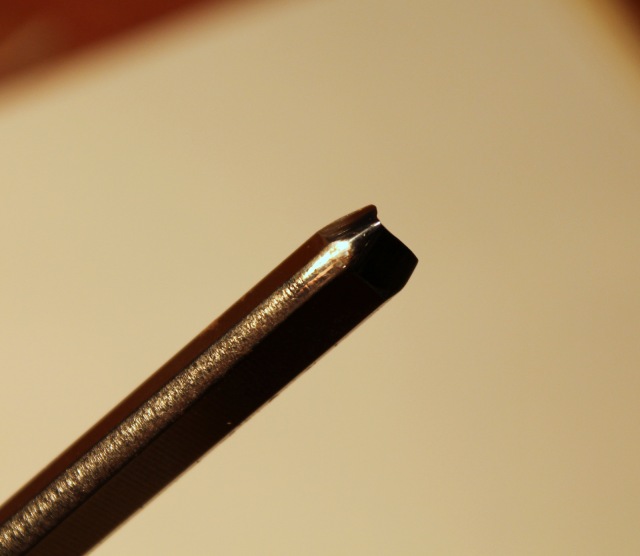 This is how a v-tool often comes new.  The angle of attack is very steep, meaning the tool must be held at a high angle to cut.  And the wide bottom of the tool meets the bevels in an abrupt obtuse wedge that resists following into the groove cut by the edge. 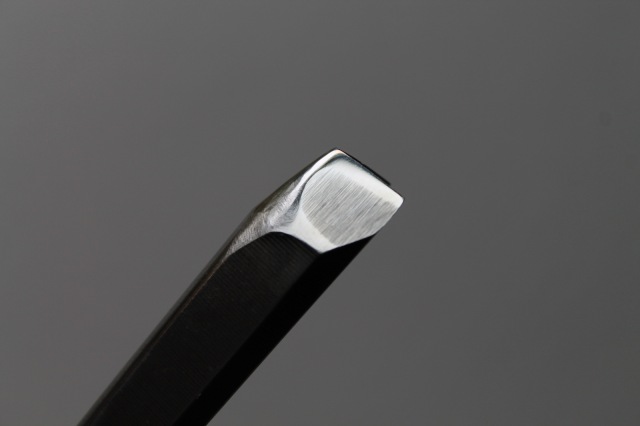 The edge could be touched up a bit, but this v-tool has been relatively easy to maintain since the initial grinding and shaping were done.  The angle from edge to keel is much shallower and the wedge at the keel has been ground back to offer much less resistance following the cutting edge. 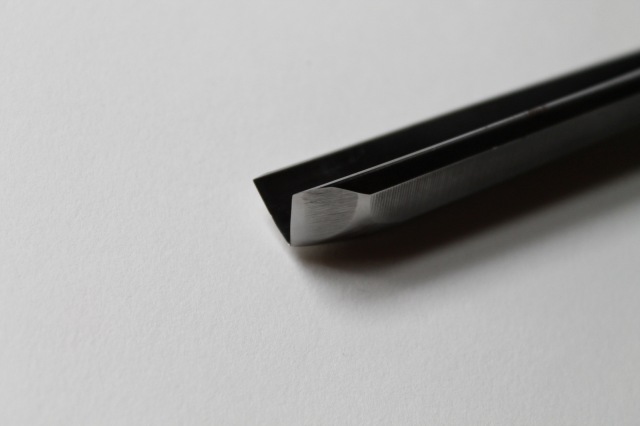 This isn’t anything close to a full tutorial on sharpening a v-tool; I’ll try to do more along those lines in the future.  I’ve got some carving to get back to now.  Meanwhile, a great source on sharpening wood carving tools (and more) is Woodcarving Tools, Materials, and Equipment by Chris Pye.  Chris Pye is the man, and I learned a lot from that book.