Launch of the Dragon Ale-Bowl 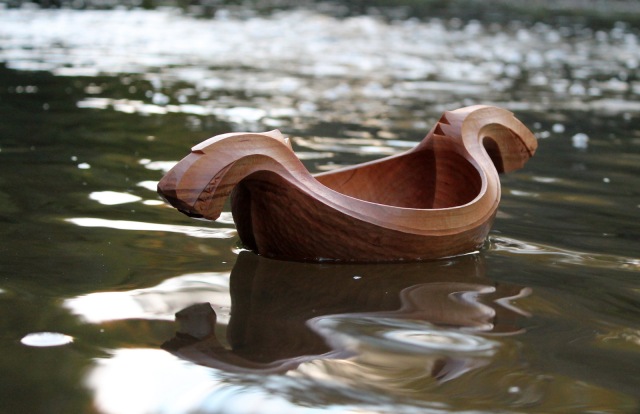 …but Sigurd himself steered the dragon-keel which was the greatest and noblest; richly wrought were the sails, and glorious to look on.

— The Story of Sigurd from The Völsunga saga, 13th century

Ok, so that’s obviously not a photo of Sigurd’s ship on the north Atlantic.  Rather, it is an ale bowl briefly launched on the Little Shenango River last evening. 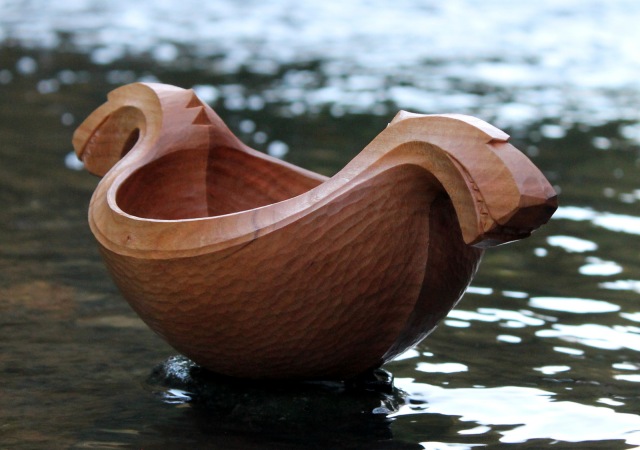 Since receiving the commission along with a suggested possibility of a dragon design, I had been sketching some potential ideas and finally started in on the carving. 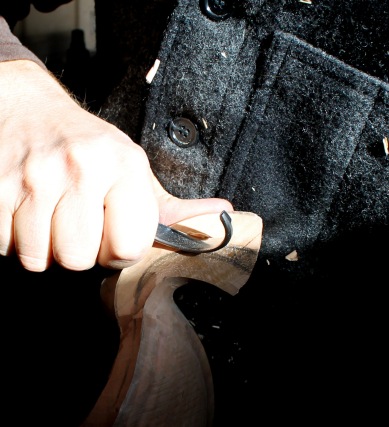 I carved this one from cherry.  The grain direction does some funny things through those flutes flowing across the head.  A hook knife comes in handy for dealing with it. 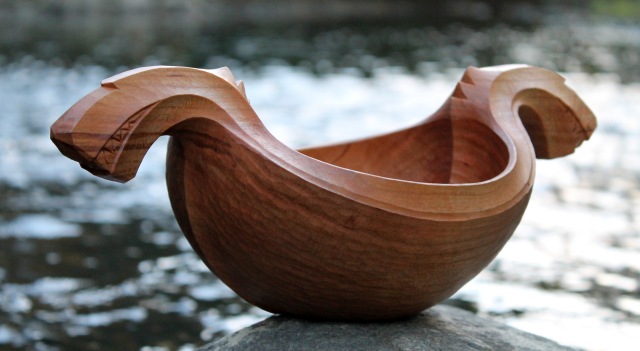 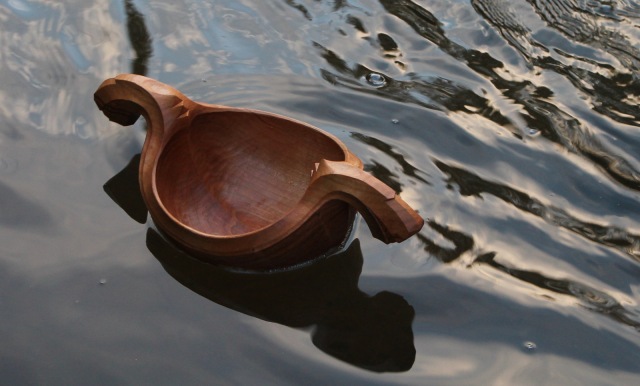 If only the river flowed toward the bowl’s destination…

9 Responses to Launch of the Dragon Ale-Bowl