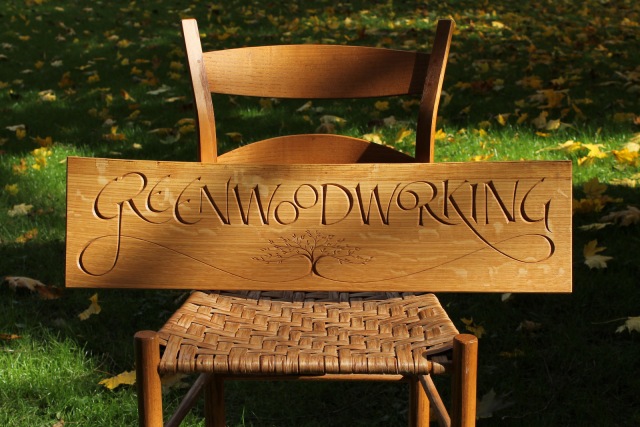 The sign now, with light coming from the upper right.

It’s been four months since I wrote a blog post about carving this sign for Jennie Alexander.  Since then, the leaves have fallen and the oiled oak has begun to take on a patina.  Although Jennie was able to see photos of the finished sign, she passed away before she was able to receive it.  After a lot of thought and talking with Jennie’s daughter and others close to her, I’ve decided to auction the sign and donate the money to the recently established Plymouth CRAFT Green Woodworking Scholarship.

This scholarship has already received some generous contributions, and they will allow many people over the coming years to participate in Plymouth CRAFT classes and events who would have otherwise been unable to.  I think that Jennie would have supported such an idea, especially considering the special relationship between her and Peter Follansbee, one of Plymouth CRAFT’s founders and most active instructors.

The sign in July, with light coming from the upper left.

After researching all sorts of options, including raffles, many options involve tangled legal webs and reporting issues.  So I’m going to keep it simple:  I’ve just posted the sign for sale on ebay.  The link is here.  I’ll ship the sign to the winner of the auction, then I’ll donate all of the proceeds to The Plymouth CRAFT Scholarship Fund. 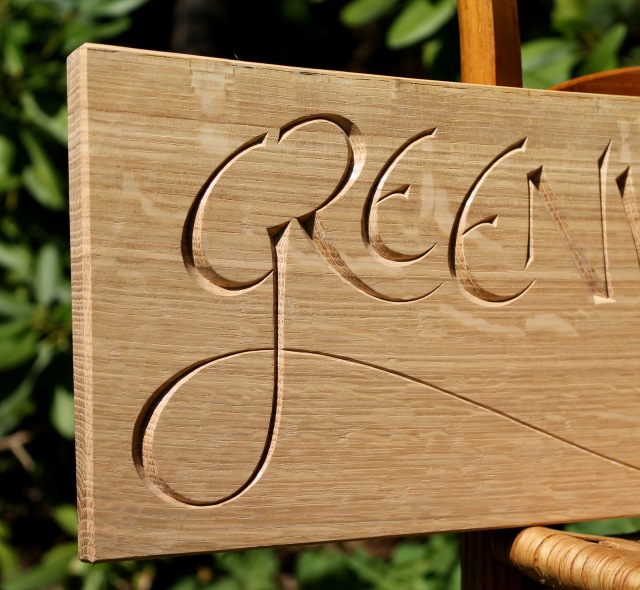 There’s more information about the sign and the carving process on the original blog post.  It is 29 1/2″ x 7 3/4″.  The thickness tapers from roughly 1/2″ to 3/4″ from bottom to top as it was radially split from the tree.  White oak — Jennie’s favorite.

This entry was posted in Uncategorized. Bookmark the permalink.