In nature there’s no blemish but the mind,

None can be called deformed but the unkind.

As I was cutting and collecting this storm-fallen silver maple, I noticed in the end-grain the dark streaks and stains running through the creamy colored wood.  As more of the beautiful blemish was revealed during the carving process, I decided to carve the first line of a couplet from Shakespeare’s Twelfth Night that expressed much of what I was thinking.  That guy knew how to say things. 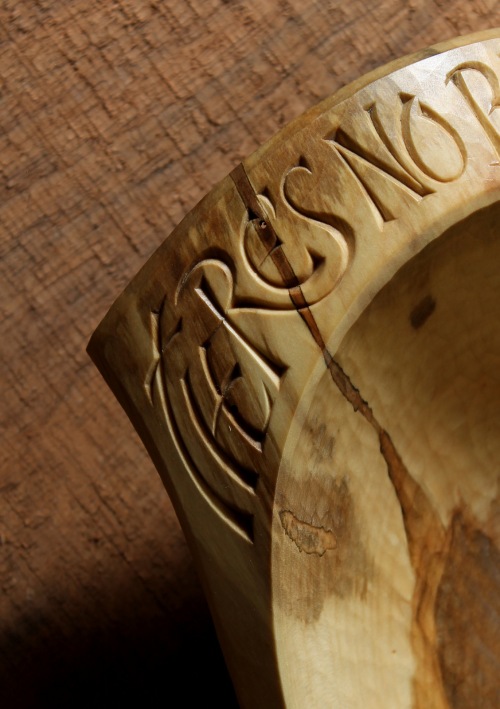 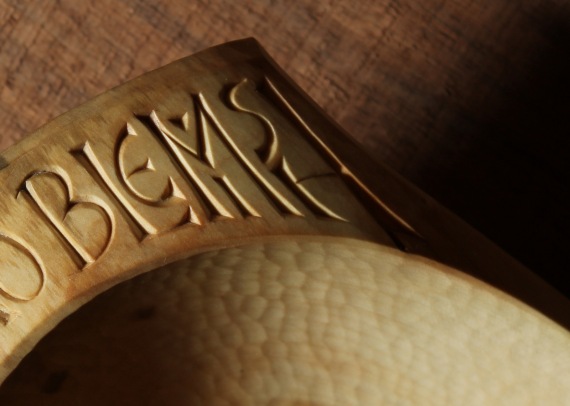 On the exterior, I carved a strong texture, and I really like the way it feels and contrasts with the curves.

18 Responses to There’s No Blemish