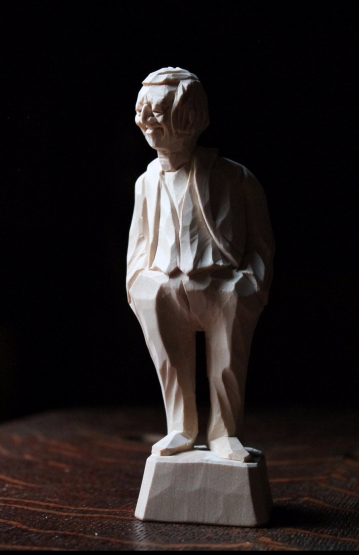 My version/copy, in basswood, of a carved figure by Paul Emile Caron

I often listen to audio books while carving in the shop, and I recently finished Irving Stone’s 1934 book Lust for Life, a biographical novel about the life and work of Vincent van Gogh.  Early on, as learning exercises, Vincent copied works that he admired and, as Stone writes, “Vincent learned that it is always the simplest piece of art which has practiced the most rigid elimination, and is therefore the most difficult to duplicate.”

I tried something similar a couple weeks ago when I carved the little (5 1/2 inches tall) figure to the left, my copy of a piece that I picked up several years ago by, I believe, Paul-Emile Caron (1915-1987).  He lived and worked in St.-Jean-Port-Joli, Quebec and most of his carvings were done in the 1950s and 60s.  I admire his figures and am fascinated by how much can be expressed with the cuts of the knife, a long tradition that can be seen in the work of famous Swedish carver Axel Petersson Döderhultarn and modern master Harley Refsal, among many others. 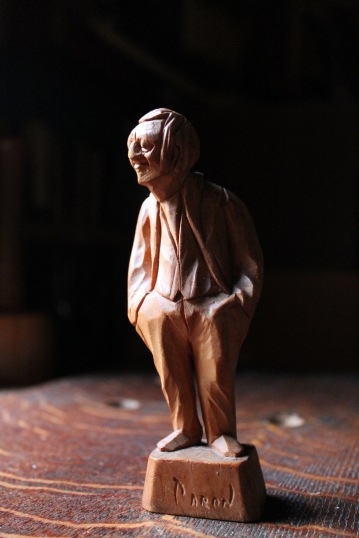 I’ve seen many of Caron’s pieces through photographs, and, as would be expected, he hit the sweet spot on some more than others.  I’ve been captivated by this one.  In fact, I made a sketch of it which I used in a post a couple years ago.

I had no desire for a duplicate, but I did want to learn from Caron by careful study and observation of this piece.  Making a copy forced me to look and consider much more deeply than I had in terms of both design and technique.    For every minute of cutting I, necessarily, spent at least three minutes studying the original.  In making it, I learned and developed a deeper appreciation.  As a bonus, I’ll have a reminder of the exercise in my shop, a sort of twin brother to the original, but with a somewhat different expression.  I documented on the bottom that it was a copied version of Caron’s design.

Here are just a couple detailed examples of things observed on Caron’s carving: 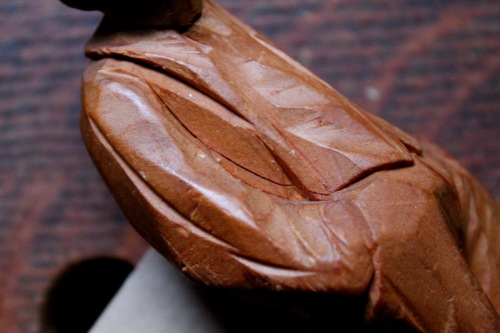 The sweeping knife overcut indicates Caron’s method for removing the wedge of wood between the arm and body. 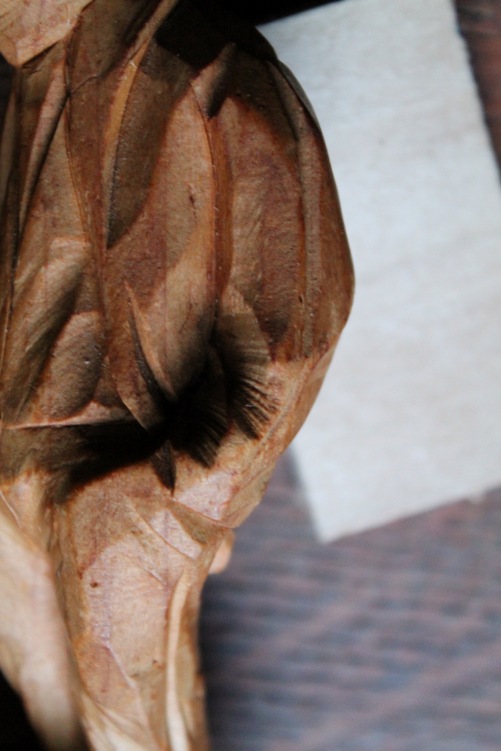 The chatter marks resulting from the knife blade twisting through the tight cut are left strategically and purposely to enhance the shadows of the folds in the cloth. 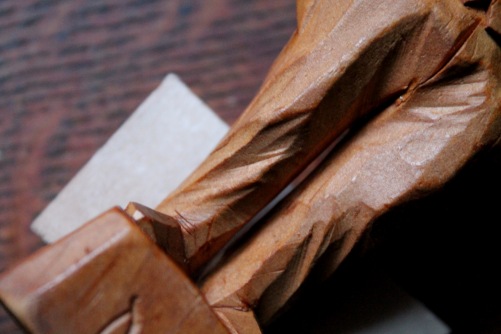 The top of the shoe (end grain) was reduced through a series of thin cuts, as indicated by the knife marks on the bottom of the pant leg.

I found that the blades on this pocket knife served well to make all of the cuts other than a couple gouge cuts on the back that Caron used to indicate folds in the jacket.  Pleasant work while sitting outside. 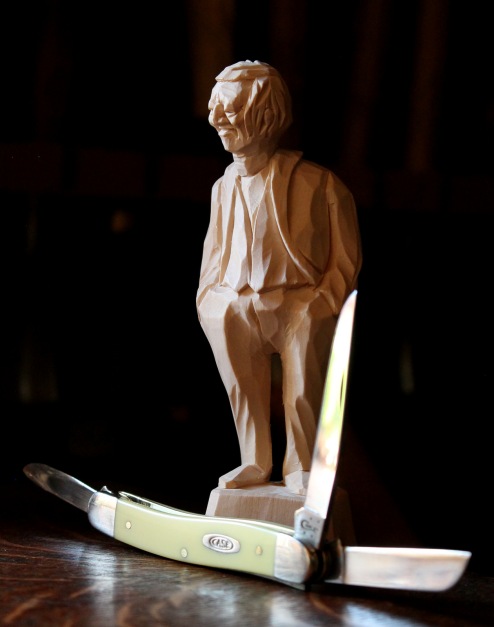 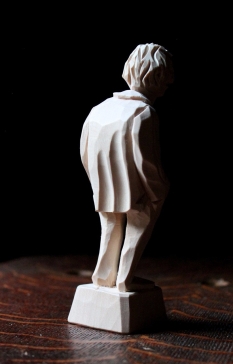 I’ll never carve this particular piece again, but the realizations and lessons will last and be applied in who-knows-what ways.  And since this little guy, it’s been back to the adze for me; I have several bowls underway in various stages.  More on those later…